Conflicts and coexistences, authoritarianism, revolutions: the Middle East is an extremely dynamic and fascinating region that is more topical and relevant than ever, but often subjected to stereotypes in the media. With a fascinating history, a culture that has had and still has a great influence on the 'West', the region is a global player.

Are you interested in the conflicts in Syria, Yemen, Iraq and Iran? Do you want to gain a better understanding of the role that religion plays in politics in Lebanon, Israel and Egypt? Do you wonder about the links between some European countries and the Middle East region? The relations between Muslims, Christians and Jews and other religious groups? Or would you like to know more about the cultural backgrounds of refugees from the region?

Then Middle Eastern Studies is for you.

With the UG degree programme in Middle Eastern Studies, you will understand the many facets and backgrounds of this region. The UG degree offers a broad and diverse programme that focuses on modern developments in the Middle East and North Africa. You will study four core themes: history, politics, culture, and religion.

The history theme focuses mainly on developments from the 19th to the 21st centuries in countries such as Egypt, Saudi Arabia, Lebanon, Israel, Turkey, and Iraq. The course units on politics will increase your understanding of themes such as colonialism, state formation, dictatorship, authoritarianism, sectarianism and conflicts. You will also study the cultures of the Middle East by looking at aspects such as literature, architecture, and art. The background and the role of religions in the modern-day Middle East will help you understand the diversity of Muslim, Jewish and Christian communities in a comparative perspective. The contemporary themes that are addressed will provide you with an understanding of current developments that are also very important to Europe.

In addition to the four core themes, you will also study one of the modern languages that are spoken in the region, choosing Modern Arabic and/or Modern Hebrew. The language programme that you follow at the UG will culminate in a stay abroad: you will spend one semester in the Middle East during your second year. Students of Arabic will study at the Netherlands-Flemish Institute in Cairo, Egypt, or the Dutch Institute in Rabat, Morocco. Students of Hebrew will spend a semester studying at the Ben Gurion University in Beer-Sheba, Israel. The degree programme will facilitate your stay, and there will be no extra study costs involved.
This way you will gain a unique knowledge of the Middle East, become a critical thinker with a broad knowledge of the Middle East, and acquire many skills that you will also be able to use in your future career and personal development.

Read more about the department of Middle Eastern Studies!

The first year will introduce you to the four focus areas of the degree programme: history, politics, culture, and religion. You will, for example, study the modern history of the region, familiarize yourself with Judaism and Islam, discuss current political developments in the course unit Countries and Societies, and get to know cultures in the Middle East by studying important cities such as Jerusalem and Istanbul. In addition, you will also start to learn one of the modern languages: Arabic o

The various themes will be studied in greater depth and connected to each other in the second year. For example, Islam and Modernity will teach you all about the relationship between religion and politics in the Middle East, and you will learn to analyse films from the region in order to gain an understanding of the recent history and cultures in the region. You will also continue your language studies, and in the second semester you will spend six months in the Middle East: either in Egypt, Mor

In the first semester of Year 3, you will follow a Minor. The second semester comprises in-depth course units about violence and conflict management in the Middle East and about the theme of literature and identity. You will complete your Bachelor's degree by writing a thesis.

Students are advised to spend half a year abroad with our exchange programme. It is only possible to deviate from this advice in exceptional cases.

The Dutch government is halving tuition fees for first-year students in higher education:

If you want to continue with a Master's degree programme after your graduation, as most students do, you will have a wide range of programmes to choose from. With a Bachelor's degree in Middle Eastern Studies, you have access to the following Master's tracks at the University of Groningen:

When this BA programme is combined with certain faculty minors, you gain direct access to more Master programmes, such as History Today and Journalism.

The knowledge, understanding, and skills you acquire in the three-year Bachelor's degree programme will also provide you with good job prospects. You will be trained to become a versatile Middle East expert, a position that is currently in great demand, for example in relation to foreign politics, refugee aid, and terrorism and safety. Our graduates are working in both the Middle East and Europe. Relatively many graduates find jobs in politics and diplomacy, for example at the Ministry of Foreign Affairs or an embassy. In addition, many of our alumni work for institutions that are involved in refugee aid, integration, safety, and counterterrorism. However, you will also able to work in journalism, for a museum, in the business world, or in academia: the broad background that you acquire in Middle Eastern Studies will provide you with plenty of options for further study and career.

All staff members are experts in their respective fields. They conduct research that complements the profile of the degree programme well, for example in the field of jihadism, political Islam, and Arabic literature. This means that some of your classes will be directly based on the research currently conducted at the Faculty of Arts. 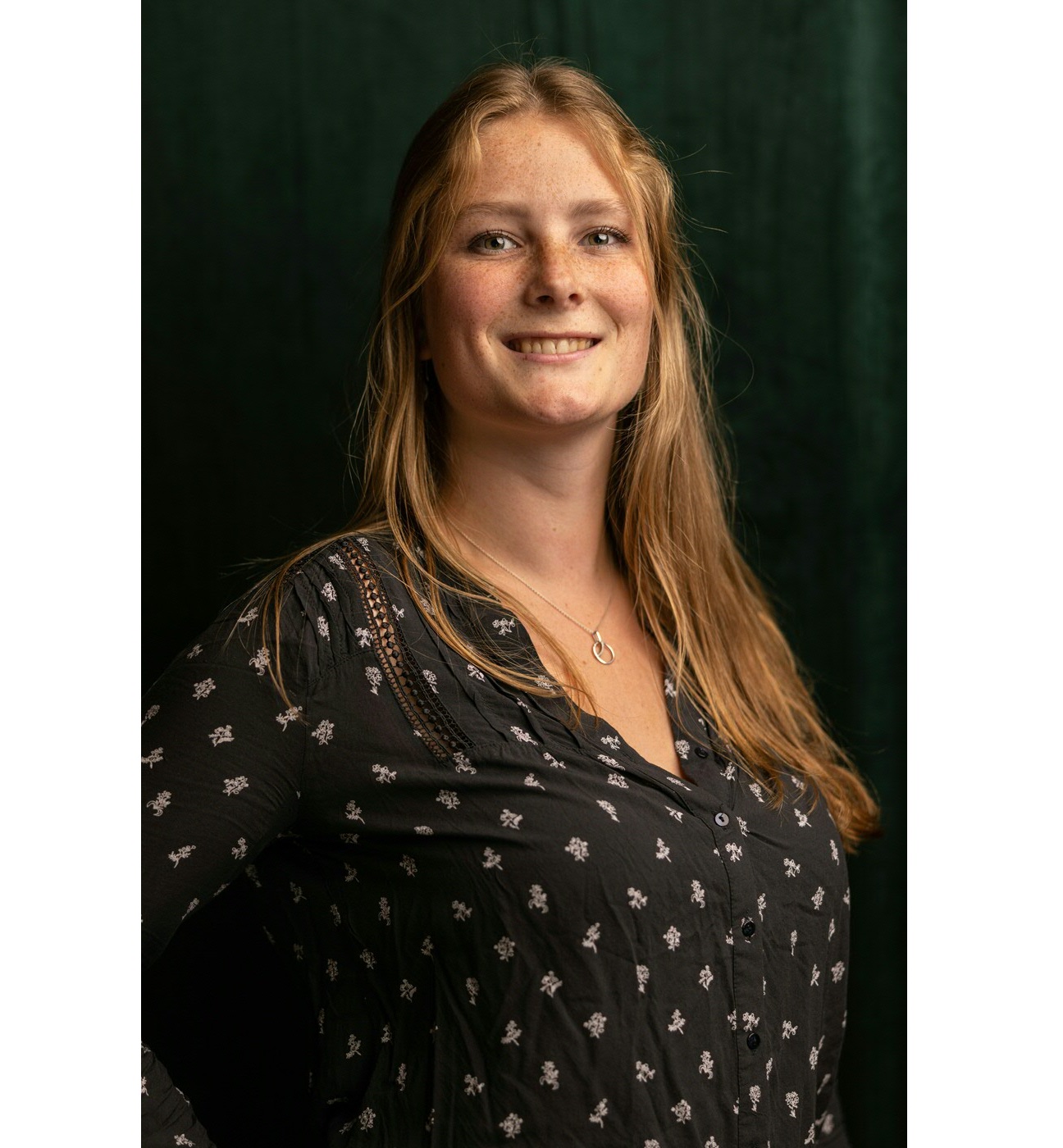 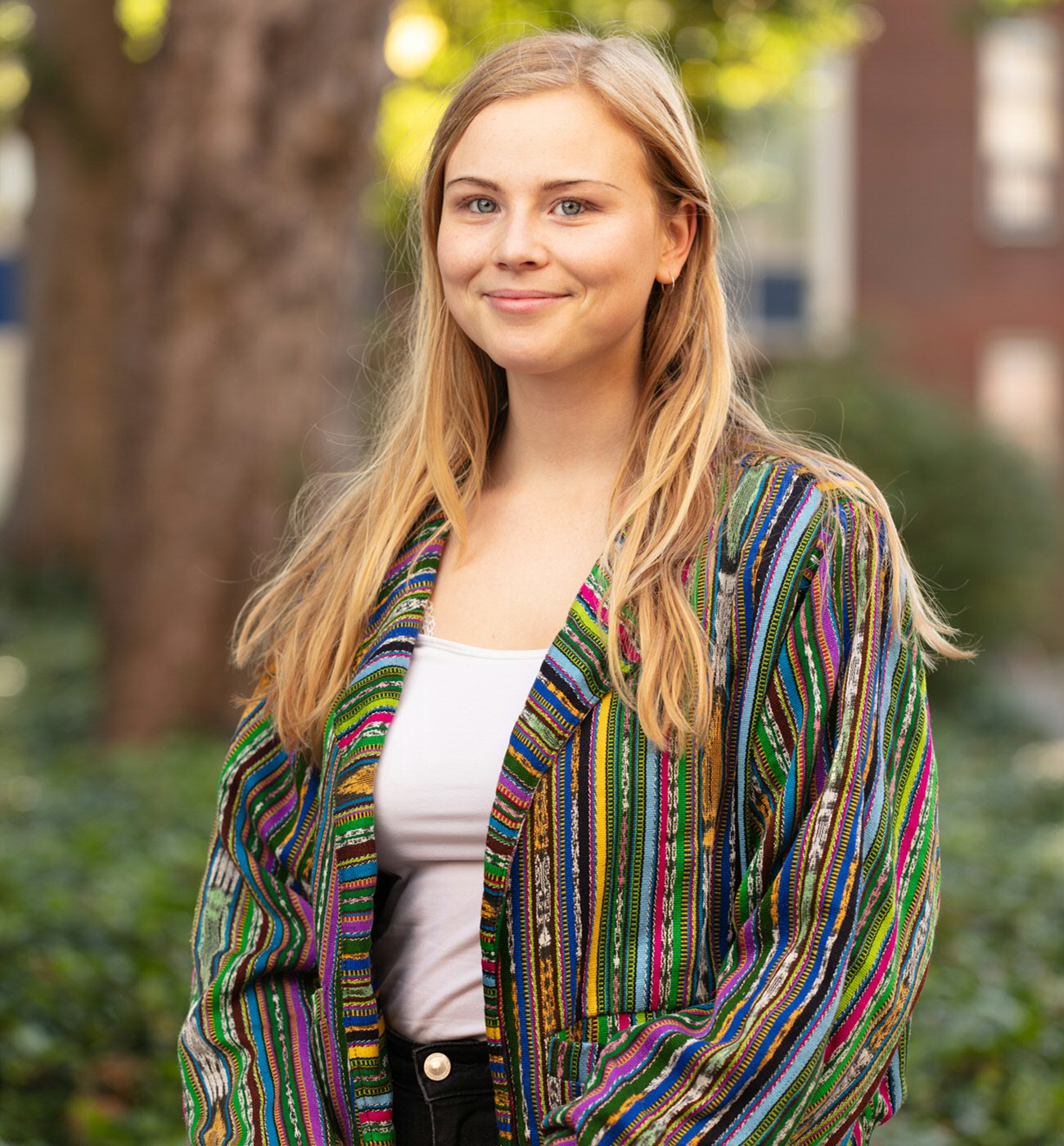 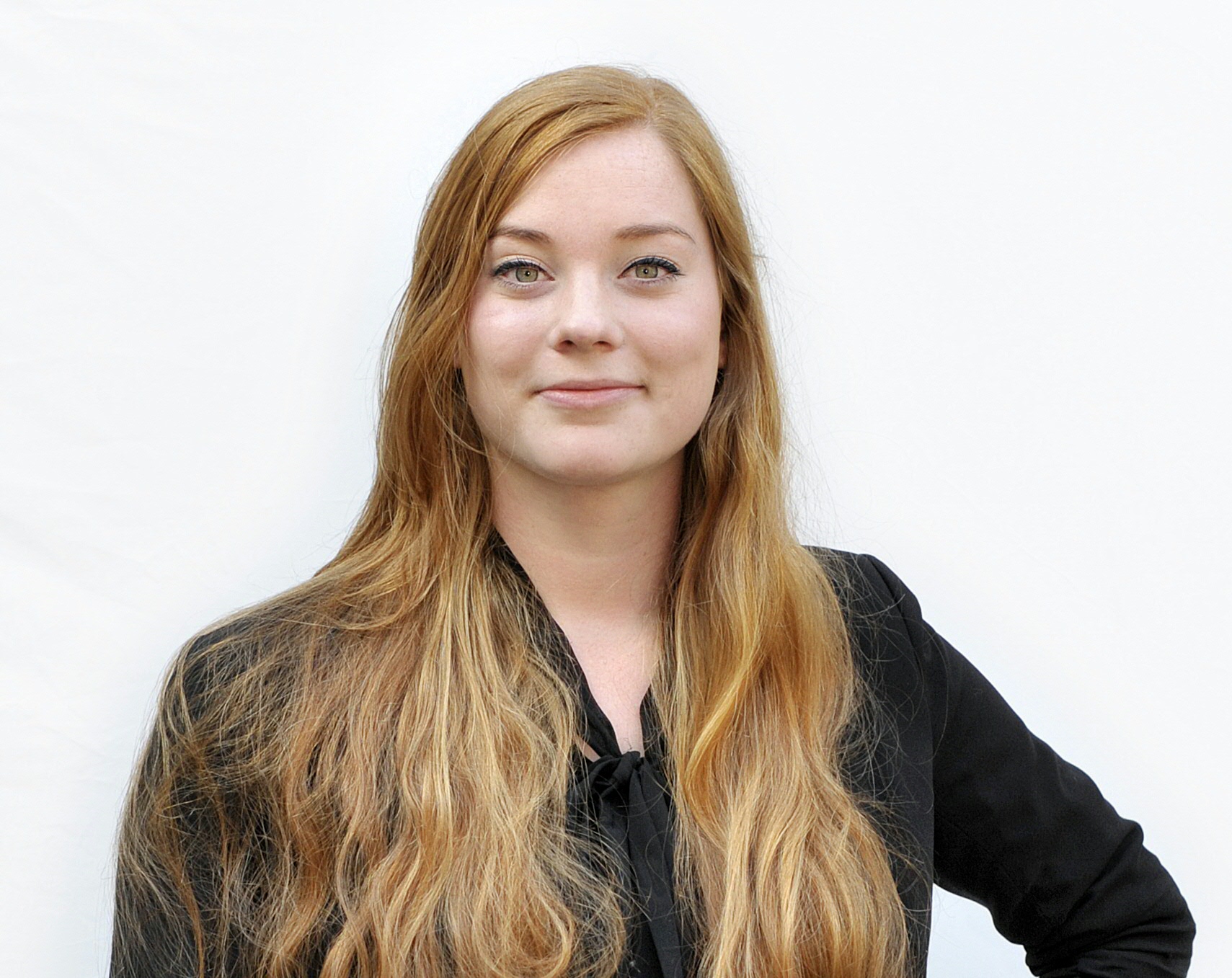 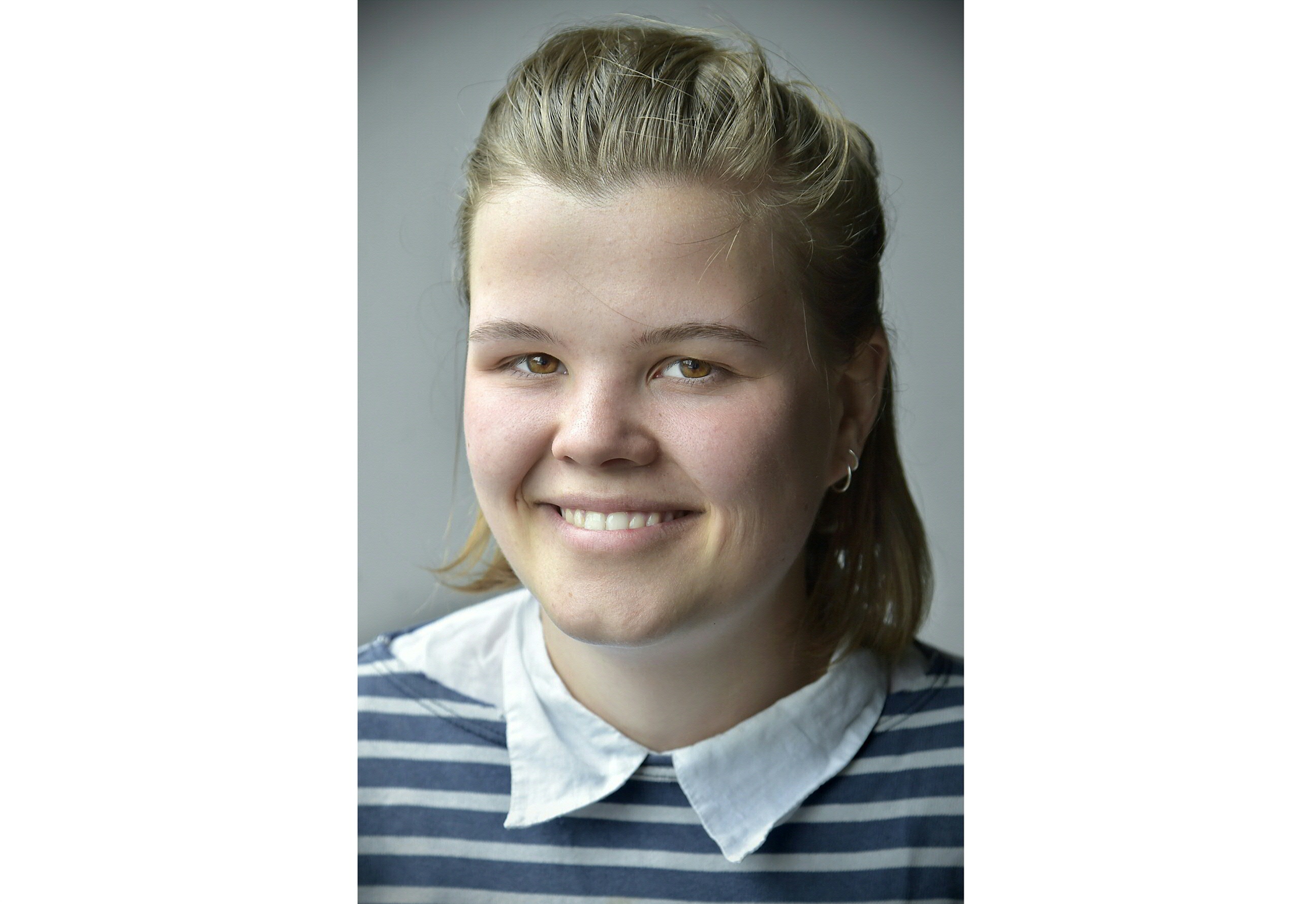 Are you a pre-university pupil and would you like to find out what studying at university is all about? The Middle Eastern Studies degree programme offers a web class! A web class is a course offered by the UG via Nestor (a digital teaching environment) for pupils in the 5th and 6th years of pre-university education. The course involves ten study hours, which serve as an introduction to Middle Eastern Studies. You read texts, do assignments, and hold discussions with other prospective students and a lecturer.

Siduri is the study association for both Bachelor and Master students of Middle Eastern Studies at the University of Groningen. Siduri aims to create a unifying environment for its students by organizing study related activities, such as symposia, lectures and trips to various Middle-Eastern countries, but also socials and an annual Christmas dinner.
https://siduri.nl
Read more
(Binding) study advice

The transition from secondary school to university changes many aspects in your life, therefore we provide extra support during the first year of your studies.

In order to ease this transition, the UG offers mentor classes for first-year students. During the meetings, you will learn how to optimize and make informed decisions throughout your studies. Additionally, you can always arrange to meet with your study advisor. They will be able to answer your questions and provide advice related to your degree programme. They also offer support for students with functional impairments. Everything you discuss with a study advisor is confidential. They can also refer you to the student counsellors or workshops by Study Support.