Is English your favourite subject at school? How does the Netflix series Bridgerton combine the novels of Jane Austen with modern thoughts on women, race and equality? In an ever-growing diverse society, how will studying linguistics improve your communication and analytical skills?

The bachelor programme English Language and Culture at the University of Groningen is consistently rated the best in the country. The three pillars of this programme are language, literature and culture. In an ever-growing international environment there is a need for employees and researchers with a high level of English in writing, reading and speaking. In addition, the programme develops your presentation and debating skills for both an academic and professional context.

Studying English literature not only means you get to read a lot of books, but it also allows you to explore topics related to present-day issues such as gender, identity, crime and punishment and social cohesion. These topics are not only present in modern literature, but they also dominate the popular plays of William Shakespeare, and are also found in a number of medieval works such as The Canterbury Tales by Geoffrey Chaucer. The medieval world, like today’s, was full of controversy. People debated about the position of women in society, ways of combatting disease, the virtues and vices of different classes, which way best to pursue one’s religion and many other issues which are debated today.

English is one of the most widely spoken languages in the world. By studying linguistics you will not only learn about the English language and its position as a lingua franca, but you will also see how the English language has changed throughout the years and how it continues to change. Knowledge of linguistics is essential for understanding the role of communication and how language can vary between people and situations.

There is a range of study options that complement an English Language and Culture degree, and many students spend time at a foreign university, for example in Ireland, the UK or New Zealand. After the BA degree, many students continue their studies at one of our MA degrees in the field of literature, linguistics or communication. You can also combine your MA in English with a teacher training course.

At the University of Groningen, we offer an integral approach to the English language, linguistics, literature and culture. In addition, we concentrate on developing academic skills.

The Faculty of Arts believes students can decide for themselves whether they match with their chosen programme based on the available bachelor programme information, by visiting the Open Days, and by participating in a Webclass and/ or Student for a Day. If you are unable to attend one of these activities, a final opportunity for matching is to contact one of the students of the programme in June.

The Faculty of Arts believes students can decide for themselves whether they match with their chosen programme based on the available bachelor programme information, by visiting the Open Days, and by participating in a Webclass and/ or Student for a Day. If you are unable to attend one of these activities, a final opportunity for matching is to contact one of the students of the programme in June.

The Dutch government is halving tuition fees for first-year students in higher education.

If you want to continue with a Master's degree programme after your graduation, as most students do, you will have a wide range of programmes to choose from. With a Bachelor's degree in English Language and Culture, you have access to the following Master's tracks at the University of Groningen:

Once you have graduated, you can pursue a career in the education sector, translation and publishing, the government sector, cultural organizations, tourism, PR and communication or in consultancy. The job positions open to you are diverse, but your communication skills will always be highly important.

Departmental research covers all areas of English literature and linguistics. Our strong points lie in modernism, premodern culture and language development. We publish a lot on topics including critical theory, visual culture, travel literature, women's writing, learning in the Middle Ages and language acquisition and loss.

Our staff members lead and take part in a number of international research projects, including the Language Attrition Project and the Hakluyt Editorial Project. 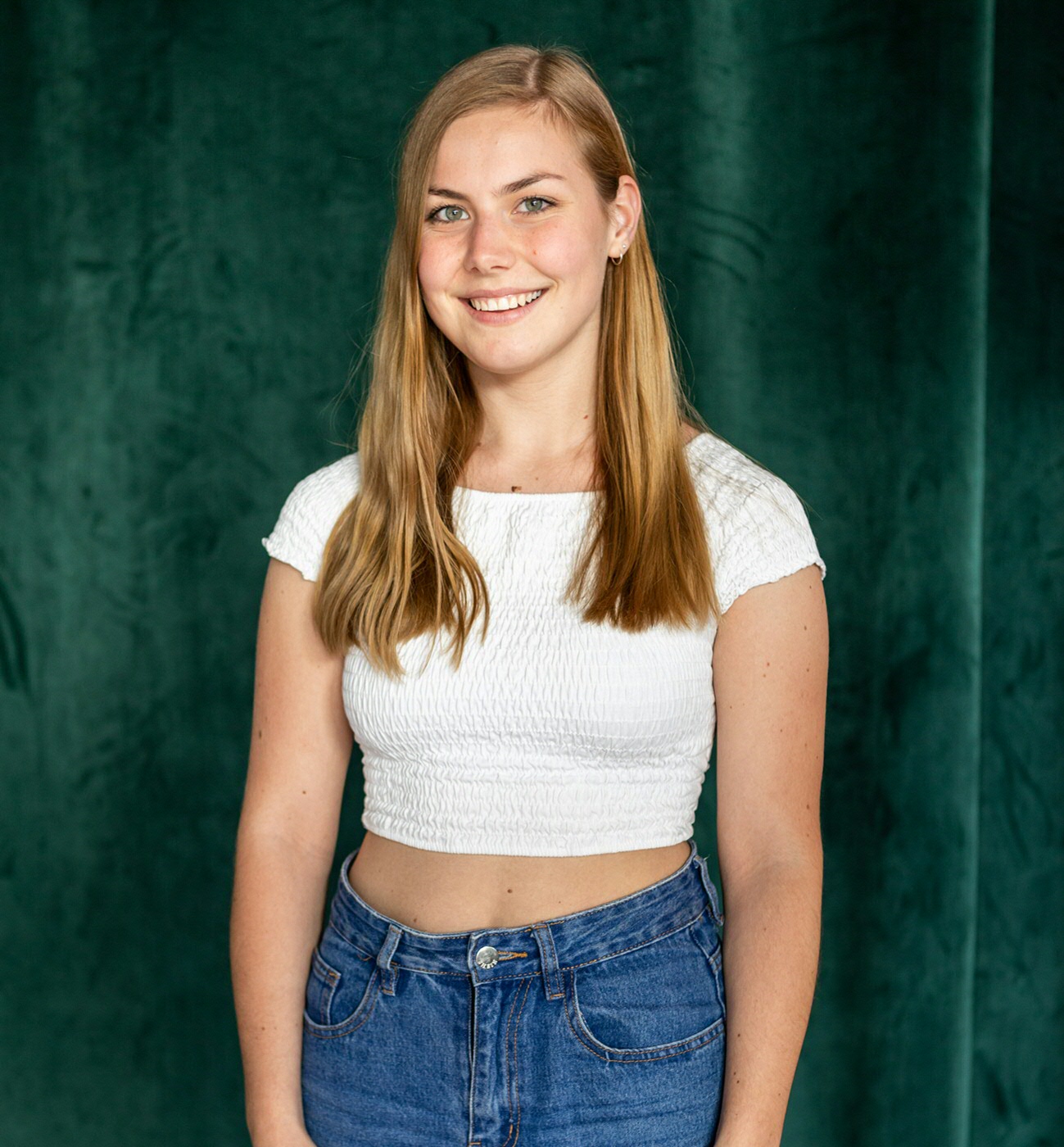 I fell in love with everything this programme had to offer

My name is Sézaïg Vije and I am a second-year English Language and Culture student. I am also an active member of our study association NUTS, where I do not shy away from a few drinks. In my free time I like playing rugby, reading, and watching movies or series.

Why English Language and Culture?

I chose to study English because I really enjoyed the literature in secondary school. When I started with this programme, I fell in love with everything it had to offer: linguistics, modern literature, medieval literature, even academic writing. You get a broad view of English, especially in the beginning of this study, but later you also get to specialize in your favorite aspect. You will obtain extra skills as well, like critical thinking and a broader world view.

Read about Sézaïg and why she chose to study English Language and Culture in Groningen! 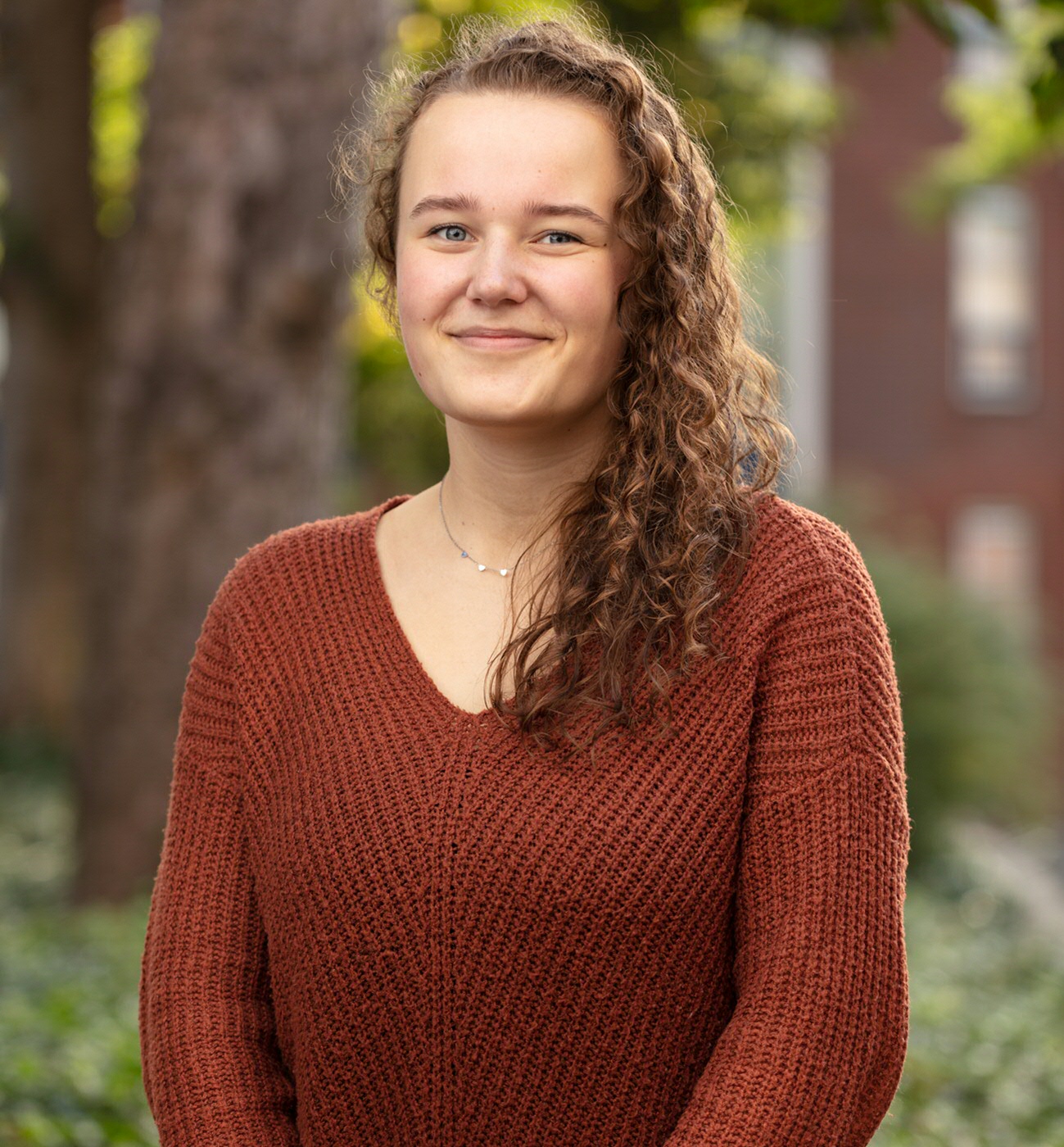 I like the fact that it is a mix between linguistics, old literature, modern literature, and proficiency

My name is Eline Spoolder and I am a second-year English Language and Culture student. Before starting this programme, I studied to become an English teacher for one year. I like to read (for pleasure), watch a film or series, or play board games with my friends. If I am not in the University Library, you can find me in a pub with a glass of cider!

Why English Language and Culture?

I chose to study English because I wanted to get to know everything about the English language. I like the fact that it is a mix between linguistics, old literature, modern literature, and proficiency because that way I could get a taste of everything and decide what I want to specialise in. You do not only learn how to write phonetically or analyse poetry, but you also learn how to look at the broader scope of texts, get the history of the English language and literature, and learn how to think critically. These skills are very helpful, whichever career you want to pursue.

Are you at secondary school and want to know what studying at university is like? The English Language and Culture programme is offering a web class! This online course from the University of Groningen is specially designed for secondary school students. Get to know English Language and Culture by doing some reading and answering some essay questions or multiple choice questions. The course takes about 10 hours in total.


If you are interested in an English Language and Culture web class, register here.

NUTS has been the study association of the English department in Groningen for over 40 years, and we are still going strong. We make studying English a lot of fun by organising all sorts of activities throughout the year. Our diverse events include: drinks, high-teas, pub crawls, pub quizzes, book clubs, game nights and career events. As a NUTS-member, you benefit from a discount on your study books at Studystore (via our website) and free entrance to most of our events. Besides this,
NUTS annually organizes a trip abroad to for example the UK or Ireland.Check out our website www.svnuts.com or follow us on instagram (@svnuts)!
https://svnuts.com/
Read more
(Binding) study advice

If you have any questions or doubts about your studies, you can always contact the study advisor. He or she knows all the ins and outs of the program, Minors, study abroad and personal planning. Study advisors are impartial and everything that is discussed is treated confidentially. They can also help you find the right institutions and student desks for your problems.