This project focuses on (i) the growth, using chemical vapour deposition, of metallic TMDs, (ii) their incorporation as monolayers in devices for generating exotic transport properties and (iii) analyzing spin transport in the Ising superconductor and edge states. After graphene, most focus in the 2D materials family was on semiconducting TMDs. Metallic TMDs, which can be accessed either as intrinsic property or by applying a strong gating, were mostly overlooked. Especially, the monolayer versions of this metallic phase of TMDs can host very exotic phenomena including 1) Superconductivity based on the Ising type of pairing in NbSe2, TaS2, and gated MoS2 and WS2. The special spin configuration and large Zeeman type spin-orbit interaction are particular of interest. 2) Quantum spin Hall edge states in the 1T’ phase of WTe2, and the associated superconducting phase found in 1T’-MoTe2. This quantum spin Hall state can be robust up to 100 K. These properties are able to support a new field in the area of superconductivity and topological insulators. 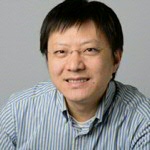 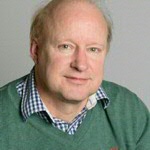