These are two more interconnected projects, one focusing on theory and simulations and the other one on experimental observations and analysis. These projects are centred around magnetic materials having crystal lattices lacking inversion symmetry. Then complex spin orders can be expected through interactions of relativistic nature favouring non-collinear spin arrangements, which result in interesting physical phenomena. Chiral magnets show a variety of periodically modulated spin states, e.g. spirals, triangular arrays of skyrmions and cubic crystals of magnetic hedgehogs. These competing magnetic superstructures show high sensitivity to external perturbations, making it possible to control their stability with applied electric fields and stresses.

Most work on magnetic materials lacking inversion symmetry has been performed on bulk materials and the present experimental work aims to extend this towards thin films, which are more relevant for applications and provide extra opportunities like strain engineering via the substrate. Thin films, in particular MnGe and β-type Co–Zn–Mn alloys, are grown using pulsed laser deposition (PLD). The magnetic structure in the thin films will be analysed using Lorentz Transmission Electron Microscopy (LTEM) at high resolution using aberration corrected STEM and differential phase contrast (DPC) imaging. This will allow us to probe the detailed structure of periodically modulated spin states, including their evolution as a function of (i) magnetic field (by controlled excitation of the objective lens field), (ii) temperature that can be controlled between liquid nitrogen and room (or even elevated) temperature and (iii) including dynamics of monopoles about which little is known.

The experimental efforts to scrutinize magnetic patterns in the thin films will be complemented by the theoretical project acting both as a guide in this field towards the potential interesting systems and phenomena (predicting, simulating and designing) and as an interpreter of the observed structures and behaviors explaining based on underlying physics and extracting new understanding with the aim to derive wide-spread implications. For instance, the nested Fermi surface of MnGe obtained in ab initio calculations, suggests that the cubic crystal of magnetic monopoles and anti-monopoles observed in this material originates from the interplay between the Fermi-surface instability and relativistic Dzyaloshinskii-Moriya interactions. The stability of topological spin structures in chiral spin-density-wave materials and their effect on transport phenomena will be explored theoretically. 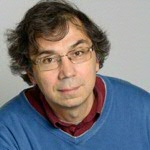 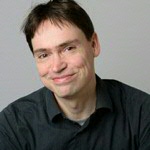