Skip to ContentSkip to Navigation
Research

Examples of projects with partners

As a University of Groningen center of expertise, we work on different projects in partnership with other universities and with national and international research institutes. Within these projects we conduct innovative research and offer evidence-based solutions to questions facing society.


Management quality and microdata: a data exploration
Partnership with CBS

In the LEAD, in collaboration with the Centraal Bureau voor de Statistiek, conducts research into management quality at the request of the Ministry of Economic Affairs and Climate. The quality of management of a representative group of around 450 larger industrial companies was measured in 2018 by the University of Groningen and Rabobank. This was the first Dutch study in the context of the World Management Survey, an international standard in this field. The CBS combined the survey results with business data of the companies and information about their CEO (Chief Executive Officer).

This report presents the results of a descriptive study of the relationship between the quality of corporate management, behavior and characteristics of the CEO, business performance and international development.

In our partnership project with the Kets de Vries Institute we are investigating differences in leadership behaviour in countries throughout the world. The KDVI was set up by Elisabet Engellau and Manfred Kets de Vries, one of the world’s foremost renowned thinkers on leadership. Oriane Kets de Vries is Director of the Institute.

With the help of a dataset panel, put together by Manfred Kets de Vries at INSEAD, we are looking at differences in the evaluations of top-level managers (by staff and other interested parties), using dimensions such as nationality, sector, country of operation and culture. The central question in the project is: does a person’s cultural background affect how leadership is viewed? Compared with other studies and datasets such as the well-known GLOBE study on cross-cultural leadership, this dataset will enable a much more detailed analysis at various levels.

The research project is a joint effort with Caroline Rook, researcher at the Henley Business School and research associate at the KDVI. We at In the LEAD are very happy about this partnership project, in particular because it ties in so closely with our mission to deliver high-quality research and practical insights regarding the relationship between individual leadership and the organisational context.

In this project with the University of Cambridge we are investigating whether the psychological characteristics of individuals can explain the degree of resilience in the face of changing economic prosperity. To explain these differences and in particular to explain why certain areas consistently lag behind, economists invariably cite factors such as economic specialization or regional structure (too much traditional industry?), the quality of the local workforce (too many low-skilled workers?), location (too far from the economic centre, in this case London?) or a catch-all term such as ‘lack of competitiveness’. These are all relevant, but so far research has been unable to explain a significant share of the differences. We have adopted an innovative approach in this project, by seeking psychological explanations for the differences. Based on a survey of more than 400,000 Britons, focused on the well-known ‘Big 5’ personality traits (openness, conscientiousness, extraversion, agreeableness and neuroticism), we can identify the Big 5 psychological profile for every city in the UK. The University of Cambridge researchers involved in the project are Prof. Ron Martin and Dr Jason Rentfrow. The data for this regional psychology study is based on the unique British survey by Rentfrow and his co-authors. Ron Martin is one of the world’s leading experts on the topical issue of the differences between regions, cities and their companies and citizens when it comes to their ability to deal with shocks and structural changes.

In line with our mission, this is a cross-disciplinary study, combing insights from psychology, economics and geography.

Are you interested in the background to this study? You will find more information in the following articles:

Read our blog to learn more about how the study is progressing.

In the LEAD is conducting research into effective leadership in a worldwide context, in collaboration with the Korn Ferry Hay Group. This study seeks to answer questions like: What are the implications in different countries if leadership positions are held by foreign managers? And what is the impact of a major event – such as a financial crisis, economic growth or merger – on leadership effectiveness?

We are using a unique longitudinal dataset about managers and their staff in international companies in different sectors and countries to analyse the relationships between leadership and performance. We are specifically looking at variables beyond the individual manager level that might influence manager effectiveness. The researchers involved in this project are Hein Wendt of the Korn Ferry Hay Group and various researchers from the Faculty of Economics and Business, including Dries Faems and Robert Maseland.

We presented our preliminary findings at the Empirical Management Conference at Stanford University in December 2015. In brief, the results show that the financial crisis has led to an increase in directive leadership behaviour. The strength of the impact differed according to sector and country. Leadership in the financial sector did not become more directive after the crisis, whereas it did in manufacturing companies. Clearly, the crisis had a more noticeable impact in the real economy. The increase in directive leadership mainly occurred in countries with a high degree of power distance (Hofstede, 2001). This type of leadership is more common in these countries, where an unequal distribution of power is accepted, and this behaviour was reinforced by the crisis.

A follow-up question is: What are the effects of this rise in directive leadership on the ultimate performance of the managers and organisations in question? Does greater directiveness also mean greater effectiveness? Another key follow-up question is whether the increase in directive leadership following the 2008 crisis persists – in other words, is it maintained over time? These are the questions underpinning the follow-up study.

‘The KFHG database is used in an anonymized way to analyse data on reward and effectiveness. The University of Groningen uses the database to carry out research into leadership and performance. We then use these independent research results to present innovative approaches to our clients.’

With this study we are seeking to gain a better understanding of the factors behind the success and failure of leadership within housing corporations. This involves looking at the leadership of individual managers, as well as researching the contextual or environmental factors that allow management to operate effectively. These include characteristics of the corporation (size, strategic choices, how the Supervisory Board fulfils its managing role) or the management team (how they work together, composition). Bearing in mind the context, we then investigate how the leadership of these organisations can improve the corporation’s effectiveness. This effectiveness is measured both in financial and non-financial terms. 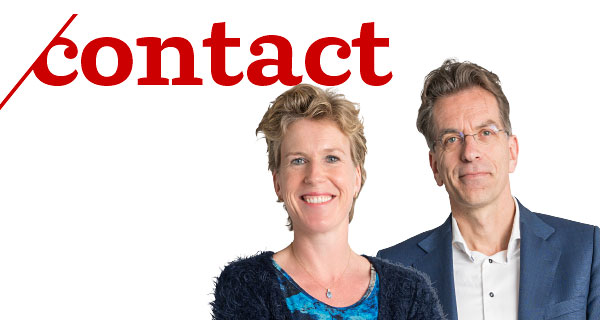 ‘By combining the insights of our economists, leadership and management scientists, we are able to offer clear and scientifically sound advice’ 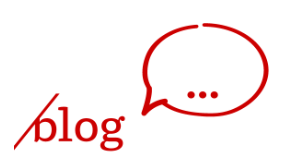 Take a look at our blog