Beautiful thoughts on that important matter, Andrea! De facto, we must be many to have assumed Descartes and Spinoza (and all other Philosophers proning 'meditation') to meditate by turning phrases in their minds. The possibility that (a) Philosophy could be shaped in/by a pre-verbal manner of contemplation seemed completely out of scope to me. But now, as I eventually accept that possibility (also because some kind of Philosophical authority has allowed me via his blog to think that way), let's go deeper, indeed: What are these 'objects' of Philosophical – and still pre-verbal – meditation? Wouldn't they be complex little beings (modes) that draw on just as much on our imagination than on verbal formulas, bits and pieces of phrases, of the images these phrases (ideas) make occur in our mind, ever so often blurred by other thoughts or sensations invading the scenery, cropping up again, thanks to our persistance... It is a battlefield of mental modes of all kinds, a stage of moving mental stuff. And all our Philosophical glory derives solely from our capacity of "interviewing" these objets more or less closely, diving more or less into their subtleties, into the arcanes of those modes of Thought as if each of them were a universe by itself. So, yes, it seems very much to be about "listening" with the eyes of mind (hmmm...), but very mich also about persistance, courage, endeavour. Something quite heroic, in somma! But there seems to be yet another manner to "meditate", which is closer (I believe) to the Oriental tradition, in a word: the speechless, commentless, and imageless observation of our bodily sensations. When reading Spinoza, I cannot but believe that his theory of distinction of Affections and Affects could only be elaborated from that (second?) type of Meditation. "We feel a certain body to be affected in many ways" (E2ax4): isn't that a beautifully concise way to define extra-verbal meditation of that second type?

Thank you so much for the link to those papers from Columbia Uni! I would have loved to be there. I was working on how the Philosophy of Shankara could help us understand those last Propositions from E5P25 onwards, and shed some light to the question *who* loves when *God* loves himself with infinite love (E5P36). We need more research - and meditation (!) - on that Third kind of knowledge! 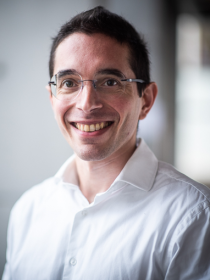 Hi Tobias, thanks for your comments! According to Spinoza, language is a product of imagination, so this is not necessarily the best way in which the mind works. Indeed, 'understanding' in Spinoza (as for the Eastern tradition) is not a linguistic act. And yes, you're right, observation of the body is a very important topic in both Spinoza and the Eastern tradition. But it's important to remember that in Buddhist meditation, for instance, contemplation extends also to feeling tones, states of mind and mind objects themselves. And yet, my sense is that proper 'speechless' meditation (as you call it) does not really consist in watching a particular object but rather letting any object dissolve by itself. Is not about 'getting it' but rather 'letting it go'.

Thank you for your inspiring post. I thought of many things reading this article, but now I would like to leave just one simple sentence of Laozi: 道可道非常道

No judgments opinions. Just understanding. Letting go will give you the precise understanding of a person's thoughts and origin. It's like observing how window wipers in automobiles operate.

You are not logged in. You can comment as guest, but your comment will only become visible after approval of the editors. Are you an employee or student? Please log in to My University or the Student Portal to have your comment made visible immediately.